I just got the sad news that Isabel Toledo has passed away of breast cancer.  I always admired her for her creativity, passion and pioneering spirit.  She was considered a "genius" and a "cult hero" by those in the art , theatre and fashion world. Her relationship with her husband Ruenben is one to be envied.  They were known for being inspired by one another.

She considered what she did more mathmatical, she engineered garments more than designed fashions for celebrities and high profile clientele. Her workmanship was impeccable, although she did love a raw edge.  She famously created the sheath dress and overcoat Michelle Obama wore for her husband's inauguration.

She shied way from the limelight, did not believe in logos and led the way designing for a plus size woman at a time when few did.

I did a blog post a few years ago that I am reposting, so if you missed it, you might learn a little about this prolific woman.


REPOST~
This designing duo, Isabel and Ruben Toledo, have kept me fascinated for years.  They are each other's muse and confidant; he is yin to her yang.  After meeting in New Jersey as young Cuban refugees, their love of the fusion of art and fashion and a new vocabulary burgeoning in the New York art/club scene propelled the two to a kind of cult status. 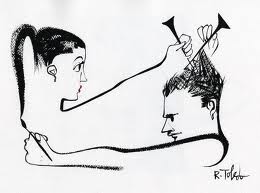 Isabel was experimenting with inventive shapes and designing patterns for clothing, working like an architect that brought such heavy hitters like Barney's to come calling.  I loved her collection for Anne Klein many years back.  It didn't last long because I think it was misunderstood by that customer, but it was memorable.  Isabel shied away from the traditional fashion scene and conventional fashion show productions as they were too fast paced for her.  She sells to private clients and has a loyal following thru Barney's to this day.  Doing windows at Fiorucci's, interning at the Costume Institute at The Met under Diana Vreeland, designing costumes for theatre, and working along side Ruben has led to an illustrious career.  She gained even wider recognition when she designed several dresses worn by Michelle Obama.

Isabel's fashions are considered timeless, elegant, structured, and wearable.  She looks toward the every woman with edge; an artistic woman who feels free to express her individuality through fashion.  Her designs, as well as Ruben's, have received accolades, awards, and several exhibitions in galleries and museums. 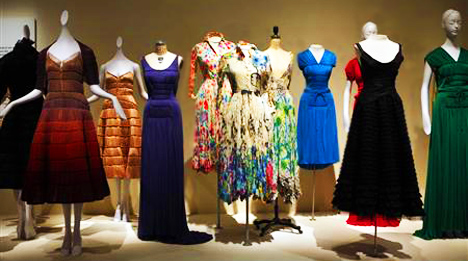 Sometimes it is hard to know where Isabel ends and Ruben begins, and vice versa ~ 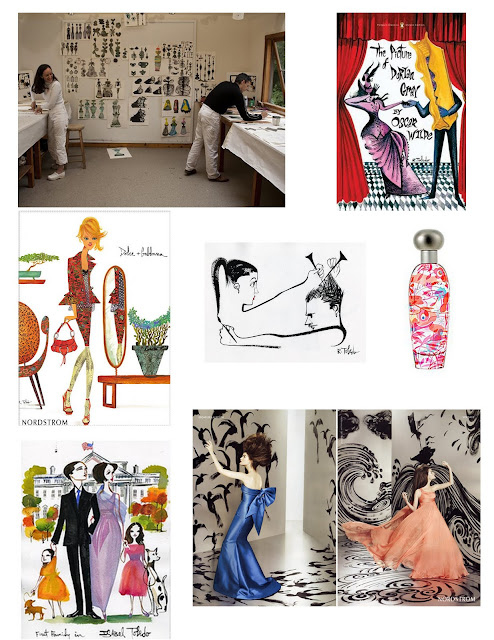 You may recognize Ruben's illustrations from Nordstrom catalogs. Ruben has illustrated books and numerous magazine spreads.  His designs grace product labels and he is often collaborating with fashionable friends.  His ethereal, whimsical, surrealist style, and his profound knowledge of fashion have placed Ruben in a class by himself. 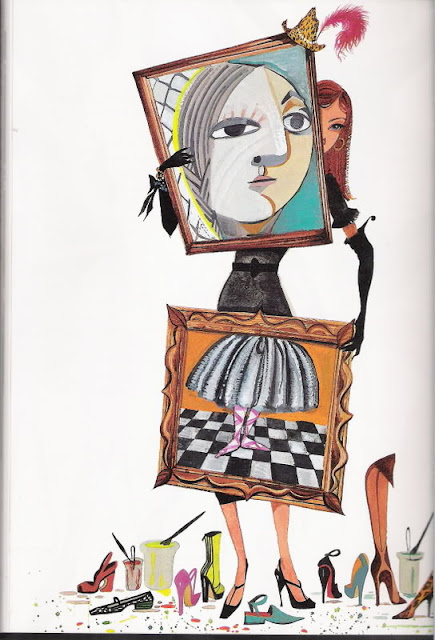 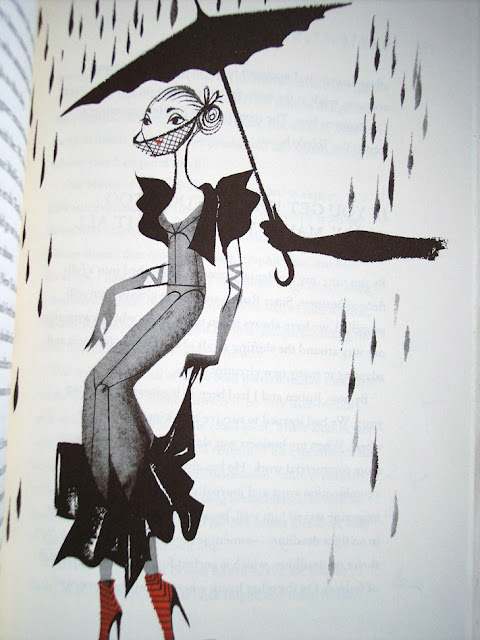 Most recently Ruben teamed up with Ralph Pucci (again), and is doing an exclusive line of furniture featuring his surrealist painterly illustrations.

The Toledos live and work in a creative loft space in Midtown.  It's a place where art and life meld together in an unconventional way, just like the two of them. 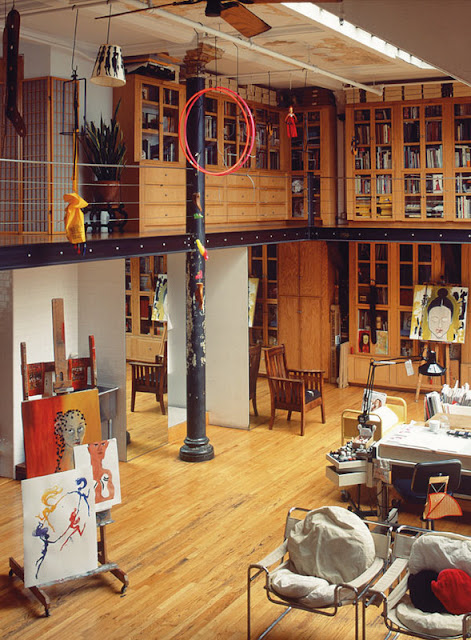 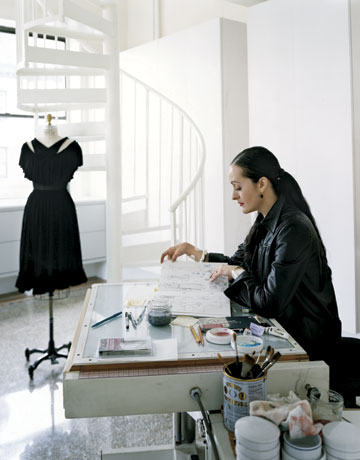 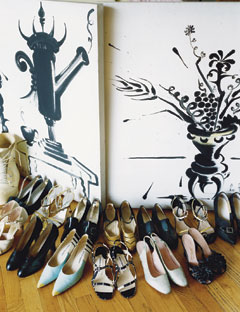 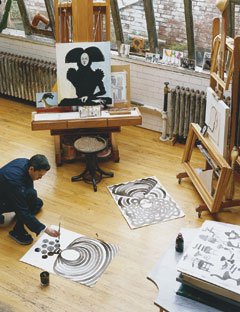 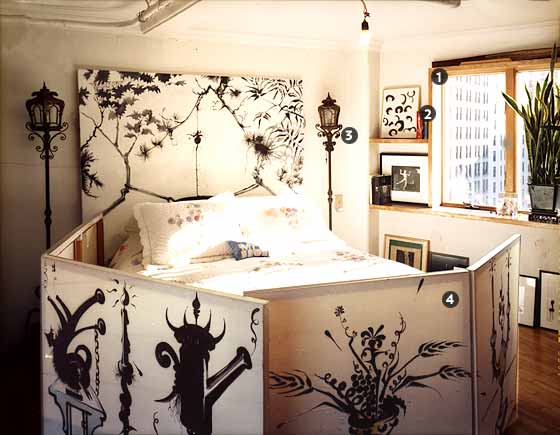 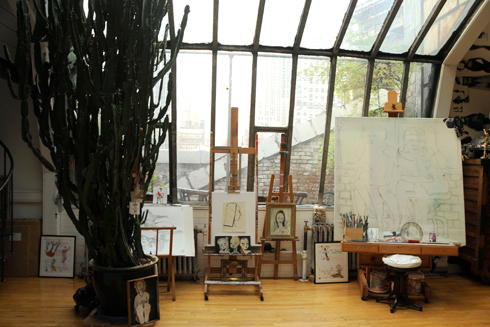 After 30 years, the two are still making magic ~
"You've got to love what you do and love who you do it with." 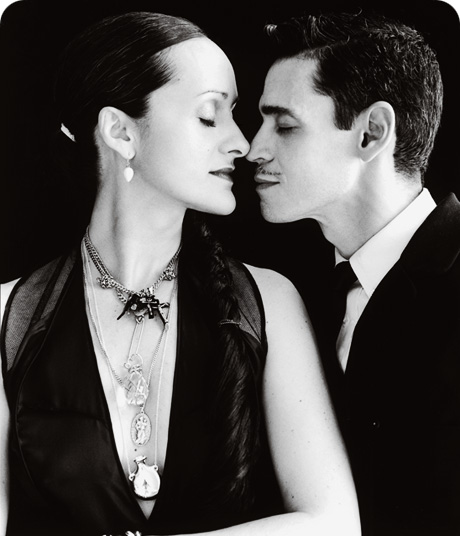 She is survived by her husband Rueben. They have been together since they're kids. My heart goes out to him.  They made beautiful music together for 45 years!

In 2012 she published her autobiography, “Roots of Style: Weaving Together Life, Love, and Fashion.” The illustrations were by Mr. Toledo, of course.

Posted by carries design musings at 3:45:00 PM No comments: 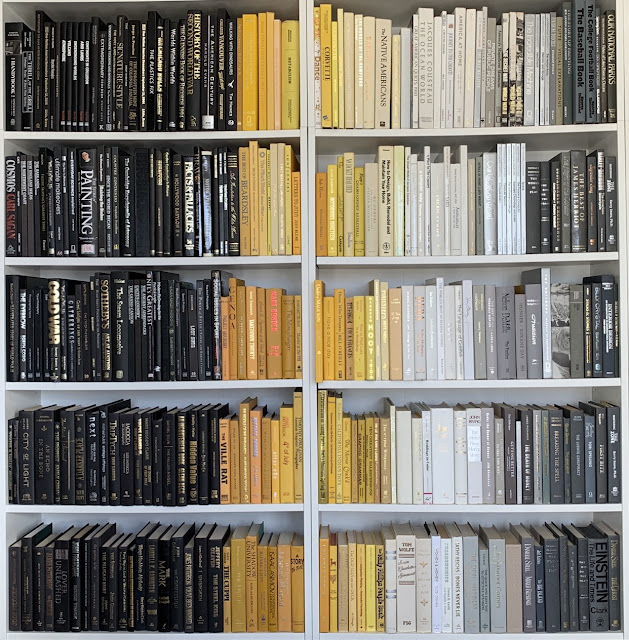 I'm taking a pole, which  title do you like best for my book?

The book delves into how our home can help heal us on a deeper level and lead us to our authentic self.  It's about becoming aware of the "messages in the mess" that can become a catalyst for change.  With case studies, science backed information, exercises and inquiry we can find inner peace , more fulfilling relationships with ourself and others, then decorate accordingly.

OM FOR THE HOME

Do you understand what the book might mean, does either title make you curious and want to know more?

Does anything come up for you when you read this; curiosity, need, confusion?

Thank you for your feedback


Posted by carries design musings at 7:38:00 AM No comments: