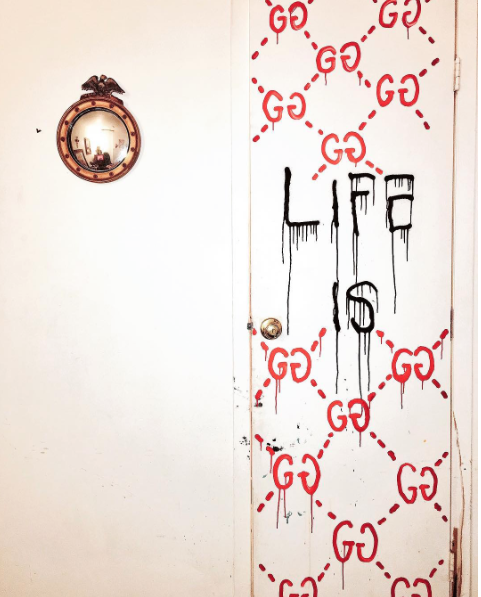 I saw the new Gucci collection for Spring 2017, but really did not pay much attention to the "street art" style it took on.  I just assumed Alessandro Michele, the genius creative director of Gucci, who is resurrecting the brand for a new customer, was just busy trying to turn heads (see the story I previously wrote about Gucci here), until I read an article about the inspiration behind the collection.

Trevor "Trouble" Andrew, an artist, ex skater and professional snowboarder was in need of a Halloween costume one year.  Not thinking much of it, Trevor cut eye holes in a Gucci sheet and people began referring to him as Gucci Ghost.  This prompted him to paint the company's logo on just about everything he came in contact with and post it to his Instagram account, #guccighost.  Most companies would have called their legal team to intervene or press charges, but not Gucci.  Instead of getting upset when Alessandro was informed of what was taking place, he summoned Trevor to Milan and told him to "go crazy."  A collaboration as well as a collection was born!

“It’s completely different than the idea of copying. It’s the idea that you try to [take to] the street, through language like graffiti, the symbols of the company.” 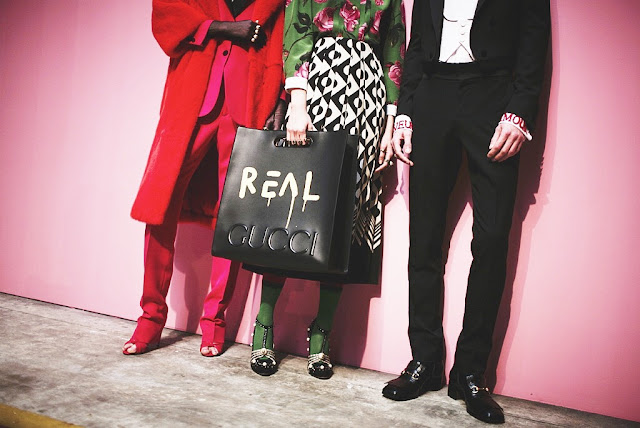 Life is Gucci became "a thing," a reference to life is good.  A reference to consumerism.  People responded.  In Trevor's case the cost of his first Gucci watch he had coveted and eventually bought with his winnings from snowboarding made him feel like the money was well spent.  The value outweighed the cost.  I guess that's what makes all of us spend a lot of money on something.  It intrinsically makes us feel a certain way.  High fashion or street fashion, there is a certain cross over appeal of logos.  Creativity is creativity and is relevant on every level--high, low, vintage, new, repurposed and thus street style becomes status and vice versa. 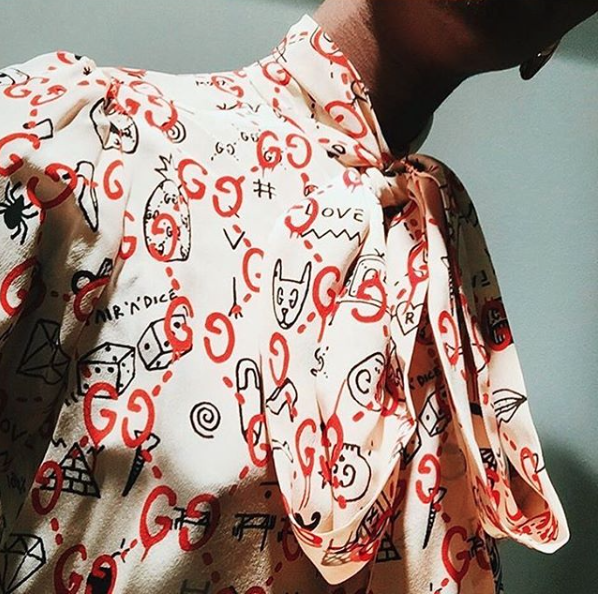 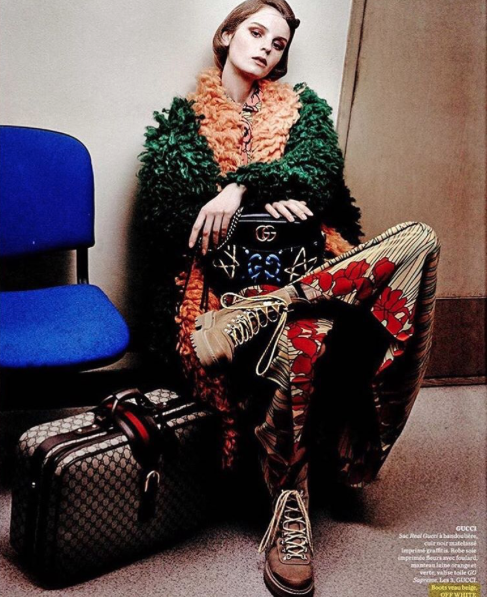 The power of social media, a mutual friend, and the lack of intimidation and self confidence allowed for this extraordinary thing to happen.  “Alessandro completely works off of love and no fear,” Andrew said.  That's a beautiful thing.

Could a textile line be far behind?  Life is Gucci for Trevor Andrew!