Ode to The Boy 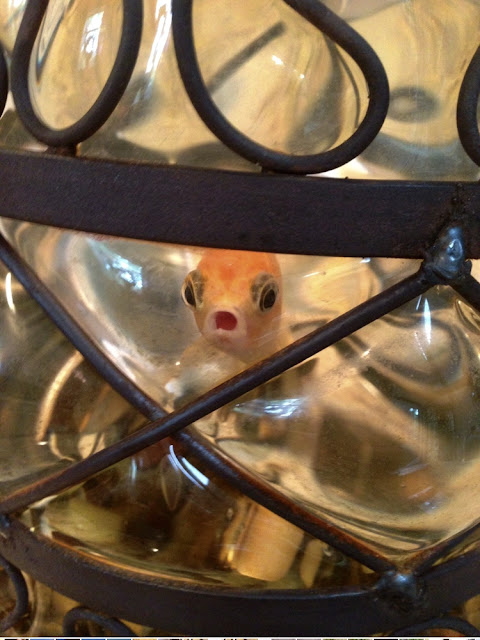 I have been living the terrible, horrible, no good,very bad week!  You know the kind of week where everything that goes wrong does and you are just trying to get through it so you can come out the other side.

It all started with a very painful root canal that involved lots of tears and pain killers.  The flu then hit me hard with a hacking cough, the kind that makes your chest ache and gives you a killer headache.  I had traveling to do, which never helps and this was followed by (weirdly) another tooth issue, a fractured molar.  "What is happening??"  All this was painful enough but to top it off my beloved fish died.

The Boy, as we called him was 1 of 2 fish my younger son had won at the 1st grade school fair.  You know that game where you throw a ping ping ball in a bowl and win a fish that inevitably dies within days?  Well these two were an anomaly.   One of the boys, called that because whenever I called my kids for dinner or to leave the house, I always yelled "boys...",  passed away about 8 years ago.  He was 15 as far as I could tell.  That left one boy, who swam in the decorative bowl I bought in Aspen, on my kitchen counter for 23 years!

He was always there.  He was a symbol of life in my home the minute I walked thru the door.  He was a connection to my children and their childhood.  He was playful with my husband and I and not just when there was food involved.  I loved him well.  People always asked me, how did you keep him alive so long?  Obviously, much was luck and I guess good genes on the fishes part, but maybe it was the way I lovingly spoke to him?

Have you ever heard of  the rice experiment?  Dr Masaru Emoto, a Japanese scientist and healer, placed equal amounts of rice in 3 different mason jars.  One rice jar was ignored, one rice jar was criticized daily and the last jar was spoken to in a loving way with positive affirmations everyday.  Can you guess what happened?  After  30 days the jar that was ignored barely changed.  The jar that was criticized became moldy and rancid.  The mason jar holding the rice that was spoken to lovingly  remained unchanged or in some cases took on a pinkish glow. 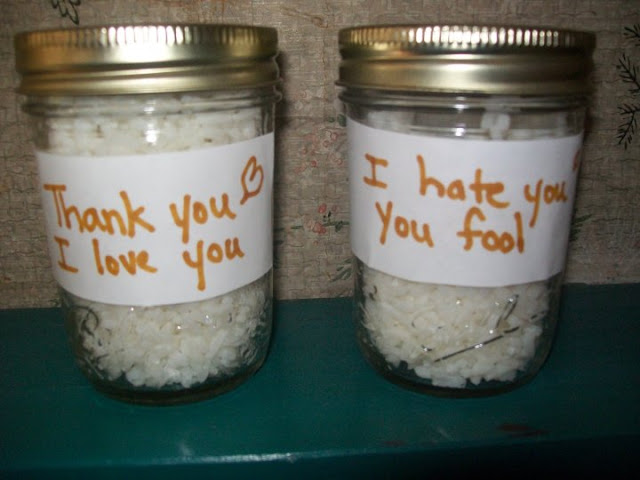 So, what does this have to do with the boy?   I believe it demonstrates the power of positivity!  By me talking to the fish everyday in a loving way,  telling him I love him and blowing kisses, it kept him alive for so long.  Obviously, the same applies to all living things.  Thoughts and words carry energy. Negative energy 'rots" us, positive energy makes us flourish!

So if you are not communicating loving messages to your pets and plants, its never too late to start. 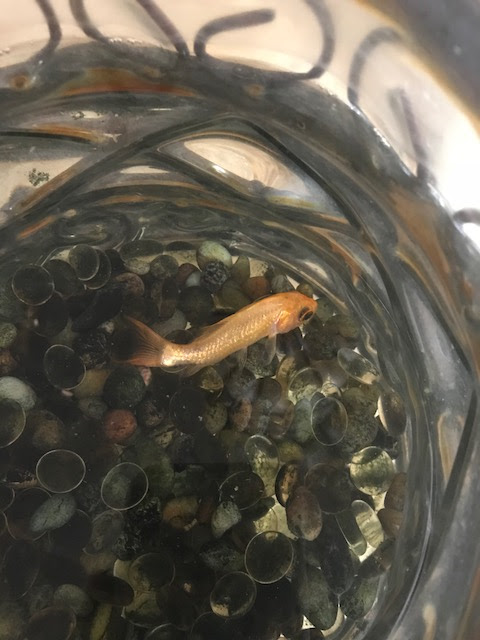 R.I.P little fish, you will be missed.