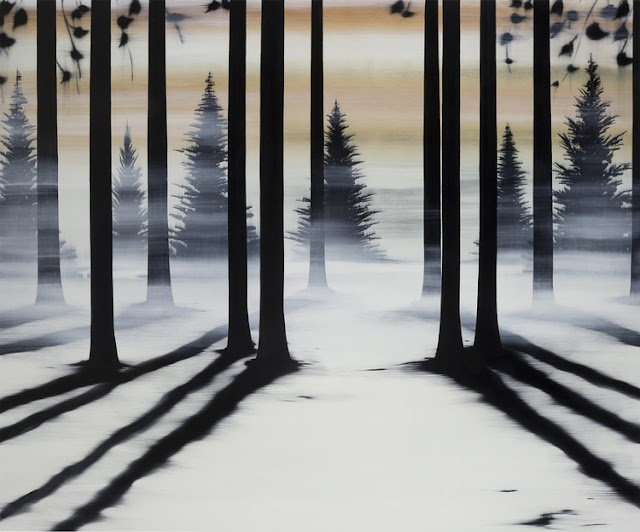 If you follow me on Instagram you may have known that I posted a painting by artist Hamilton Aguiar.  He saw it and reached out to me.  It just so happened that I was near his studio in Miami, so I stopped by and we had a nice visit.  I have been an admirer of his work for some time. 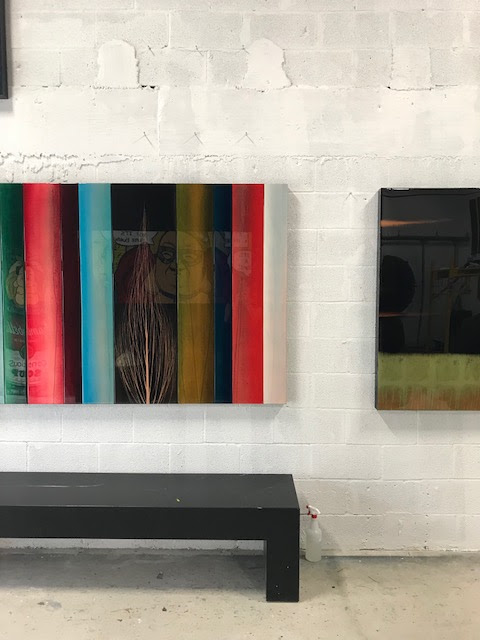 I was introduced to Hamilton's work in a gallery in Aspen several years ago, but his moody landscapes never fail to captivate me.  What the computer monitor cannot capture is the way light shifts the perspective of the shadows as it moves across the canvas throughout the day in his Landscape series.  The Solitude series of a single leafless tree has an overall sheen that somehow makes more powerful the feeling of solitude.  There is a minimalist energy, yet interestingly, the tree sculptures were all seen in pairs. 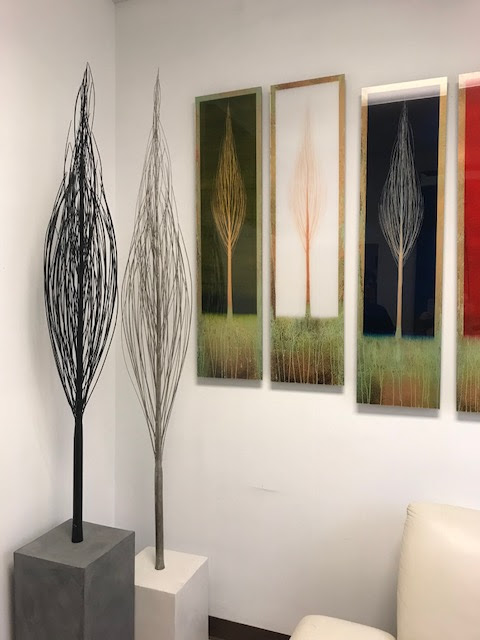 Much of his career thus far sounds serendipitous, like our meeting.  Hamilton gained attention at an art fair where his Landscape series stood out above the other very colorful works.  The gallerist I bought my painting from told me he was immediately mesmerized and Hamilton confirmed that that fair was the turning point 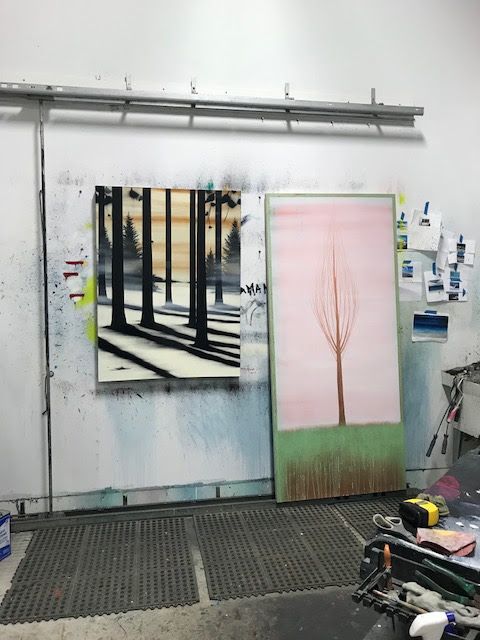 Hamilton's use of spacial dimension along with the strength of horizontal and vertical planes help make his work speak to modernism.  The luminescence created by gold and silver leaf under the paint is a study in light.  It was not surprising to learn Hamilton's background in his hometown of Brazil was in art restoration.  Landmark properties that were being restored called for a master of gilding or fine painting.  He came to the United States and settled in the Hamptons where he ended up with a gallery for a time.  Hamptonite friends, does anyone remember this? 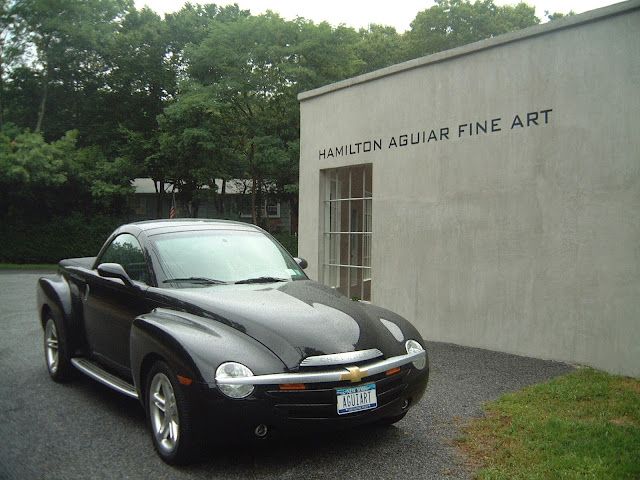 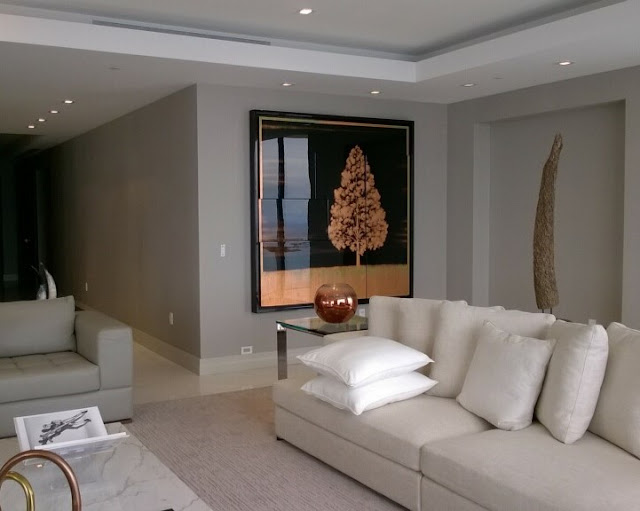 Metallics, plaster, lacquer, resin, sheen, matte, sculptures, paintings ~ his toolbox is vast, his vision singular.  Each of his series has the common thread of harmony and balance.  Changing seasons and changing locations brings a new complexity to the subject matter that in essence, is very simple. 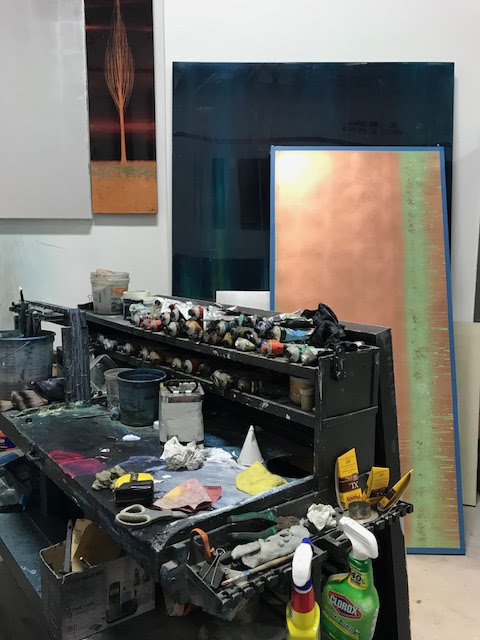 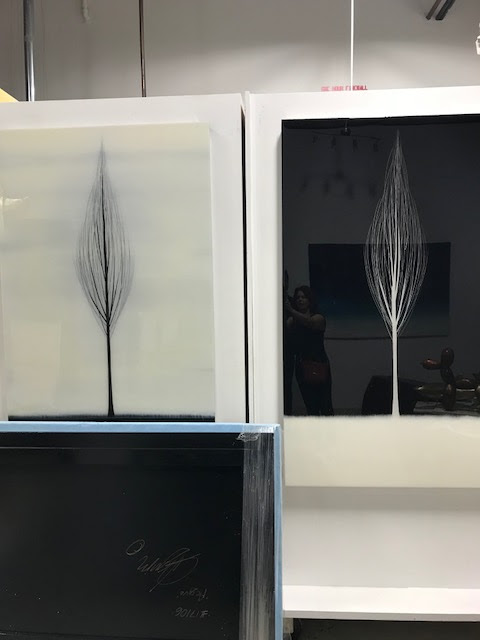 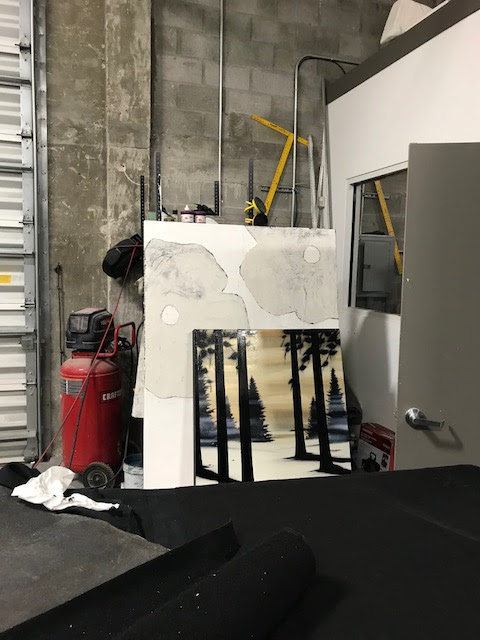 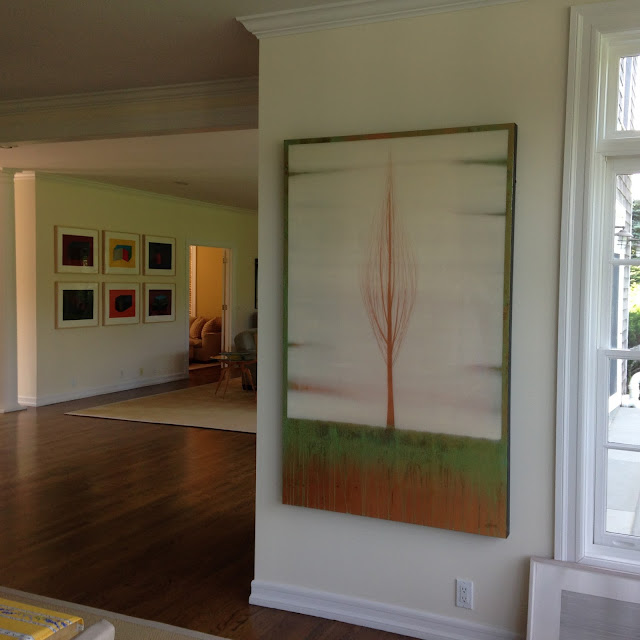 The Aqua series is inspired by the seascapes he now spends time amongst in Miami. 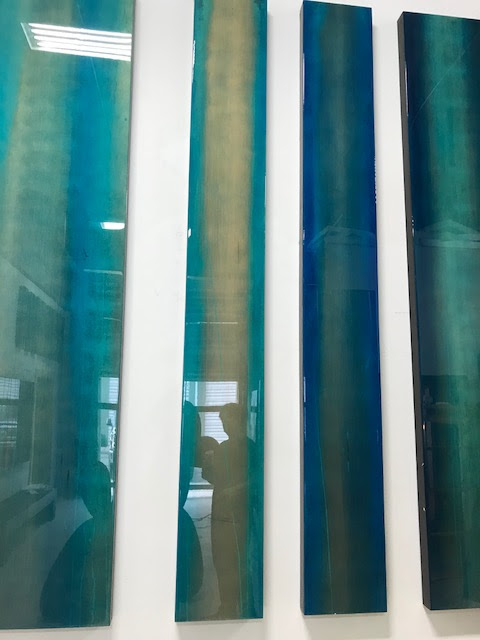 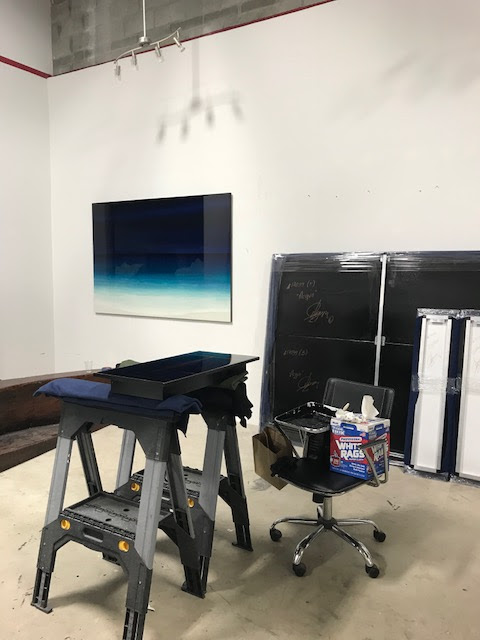 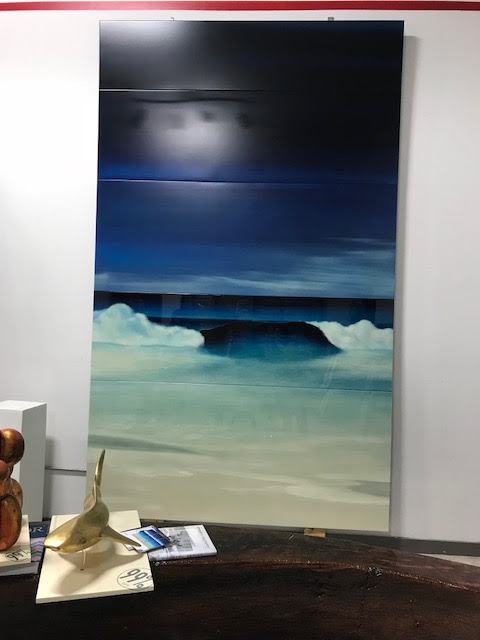 Hamilton began working on his 99% series.  They are spoofs of other artists' very popular and very commercial works.  Hamilton changes it just enough to make them his own.  I anticipate that show in the coming years. 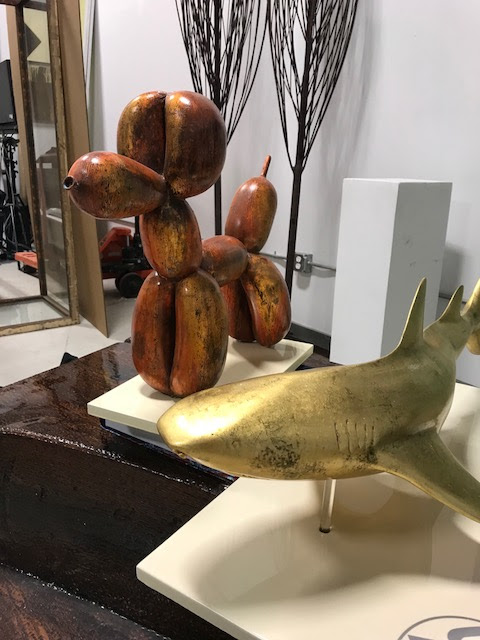 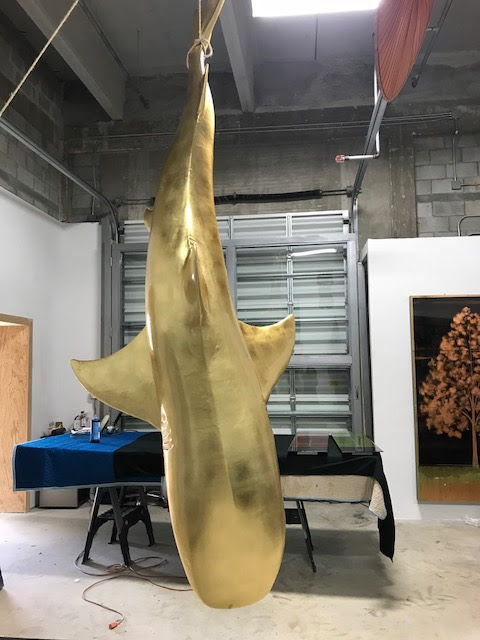 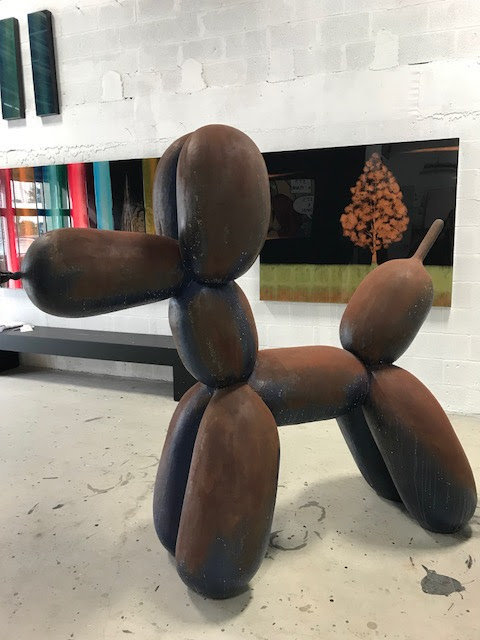 I can't wait to see the entire series!  I will be watching with bated breath, Hamilton.  Thank you for your warmth and your time.


photos: studio and on location via Hamilton Aguilar, remainder CLI