A Touch of Treillage


I have a renewed interest in treillage of  late.  I am assuming this is a do to my time spent in Palm Beach.  I "drank the kool aid" and now I am inspired by the classic creation but for a new generation.

Elsie De Wolf (considered the first professional interior designer) caused quite a stir when she used treillage inside to decorate the Colony Club in 1905.  It hasn't really gone out of fashion since, especially in Palm Beach. Treillage goes back to Roman times  but it wasn't until the 17th century when acres of it was installed at Versailles that people really took notice of its beauty and versatility.  Chic designers from coast to coast and abroad use it to create architectural interest, modernizing it  for  an updated aesthetic. 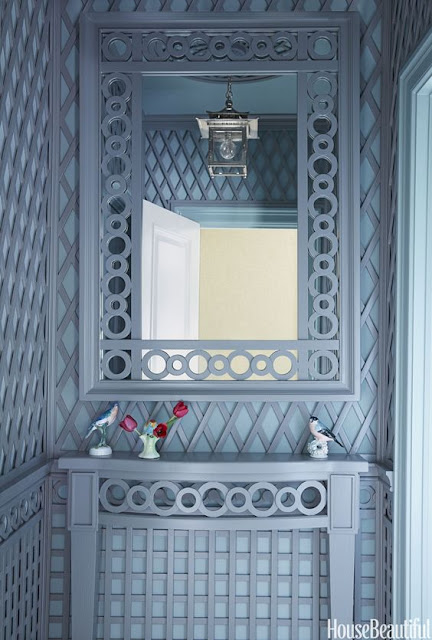 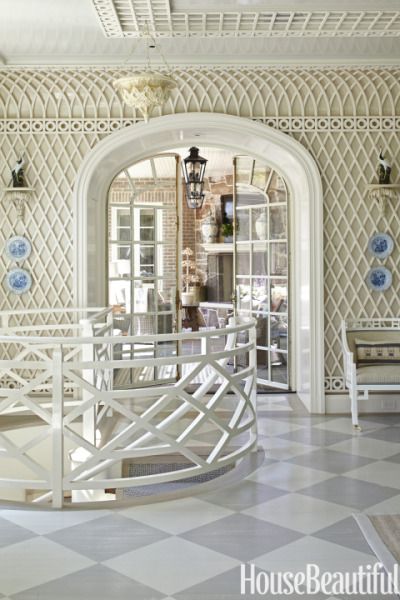 The trellis backed mirror is a clever way to open up a space, bring more light in and play up the whimsy.  It at once softens and adds drama.


A bit of old and new, this is my favorite example of treillage made modern.  It adds so much character to this kitchen. 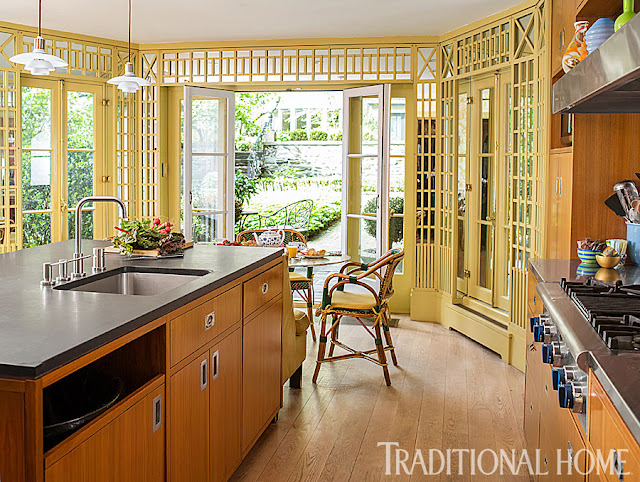 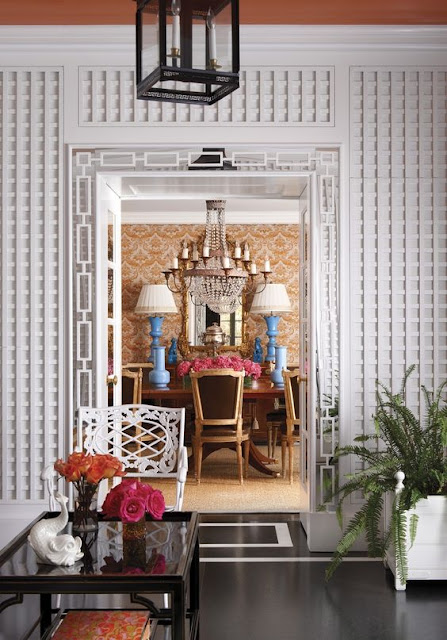 Lattice has the ability to look modern and fanciful but it also can look romantic and charismatic. Europeans embrace treillage in all manner of formality as it is seeped in history.  Americans play with the proportions and do not feel tied to a correct or incorrect way to use it. It can blur the lines between inside and out.  Its obviously not just for conservatories, pergolas  and sunrooms alone.


Instant architecture, the ability to create perspective and  focal points make lattice as useful as it is beautiful!  It can really pack a visual POP.

It seems especially relevant because we all want to think that Spring in really here and the notion of bringing the outdoors in seems so seductive.  Would you consider using treillage in your home?