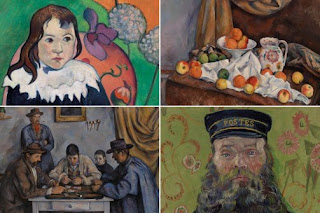 
Albert Barnes, a philanthropist, educator, and eccentric art collector amassed one of the most comprehensive private collections with some of the greatest works of the past 100 years.  Considered by some a rather radical art collection for the day, Albert concentrated on French impressionistic, post impressionistic, and early modern paintings.  He was also interested in African sculpture, folk art, and metalwork. 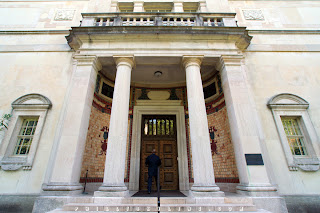 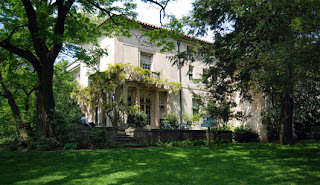 Barnes amassed his collection including 181 Renoir's, 69 Cézanne's, 59 Matisse's, 46 Piccasso's, and a host of other riches within galleries in his neo classic home in Merion, PA, an upscale suburb just outside Philadelphia.  It was designed by Paul Phillipe Cret and includes a significant arboretum and horticultural program.  Albert loved to educate.  Having had issues with "the establishment" in Philadelphia and arguments with the politicians of the day, Albert decided to collect and exhibit on his own terms.  He put many restrictions on the ability of others to enjoy his life's work.  For years neighbors complained about the traffic, noise, and lack of privacy that they had to endure.  A bitter battle raged for years.

Albert Barnes died in a car accident in 1951 and stipulated in his will that his art work NEVER be moved. 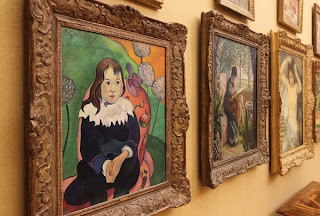 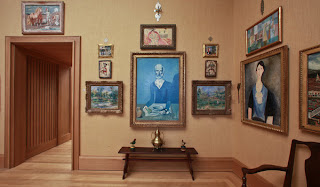 The Barnes Collection is significant and varied.  It is estimated to be worth 25 billion dollars.  What garners the most attention, aside from the depth and breadth of the artists represented, is the style in which it hangs.  Mr. Barnes very purposely hung the art work in "ensembles"; formal arrangements guided by the principals of light, line, color, and space.  The ensembles changed as the collection grew and each piece related differently to another, whether it be a painting or iron work that might have a similar shape represented within it. 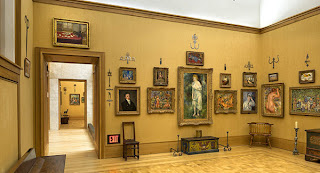 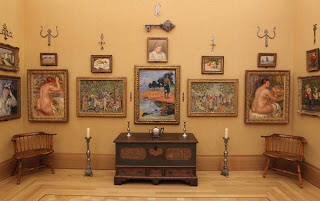 The trust was broken and the Barnes recently moved into it's new $150 million dollar home.  The modernist building was designed by NY architects Tod Williams and Billie Tsien.  It is 10 times larger than the Merion space and includes a conference center, restaurant, and library.
Keeping Mr. Barnes' vision alive was the one thing that everyone agreed must be adhered to.  To that end, all the galleries were meticulously recreated and art work hung exactly as they were in Merion, inch by inch, object by object.  The ceiling was designed and built to accommodate Matisse's The Dance. 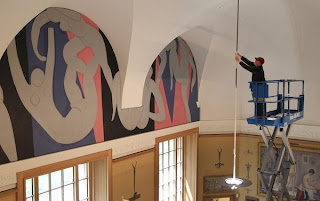 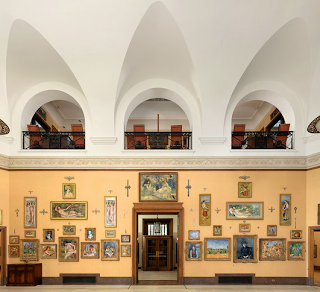 It seems no matter whom you ask that is familiar with the controversy, everyone has an opinion about whether the city did the right thing.  Should the trust have been broken?  What good is a world famous art collection if it can't be seen by the world?  Was it entirely politically motivated?  Is the modernist building appropriate and reflective of the art inside?  It's a magnificent collection that can now be seen and enjoyed by the masses; important by anyone's standards ~ so does anything else matter? 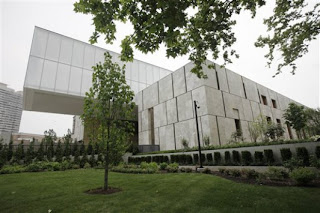 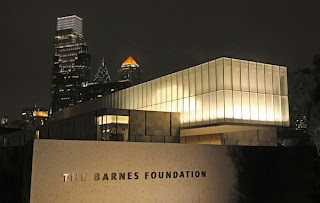 What are your thoughts?

Ironiclly, The new Barnes Foundation sits next to The Rodin museum which was built by Paul Phillipe Cret.