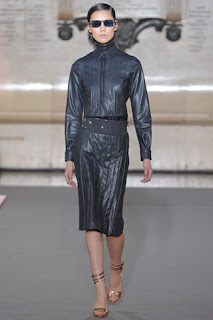 Cédric Charlier is a "new to me" young designer from Belgium.  I get so excited when I discover a  talent whose work I love and is wearable!  Such is the case with Cédric.  As he worked for the likes of Lanvin and Celine, I am not surprised, as I see a strong influence ~ Cedric was also the artistic director for Cacharel.  When he was let go he was able to unleash his creativity and his own collection.  With monied backers behind him, his fall 2012 and spring 2013 collections have caught the attention of many a buyer and fashionista. 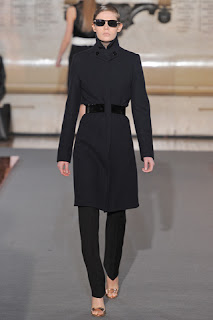 Cédric is on trend with his razor sharp lines and color blocking.  There are heavy doses of architectural pant suits and asymmetrical shift dresses.  I am happy to see patent  leather making a comeback.  His collection is full of inky blues, blacks, coppery metallics, and my favorite ~ the painterly brush stroke pieces. 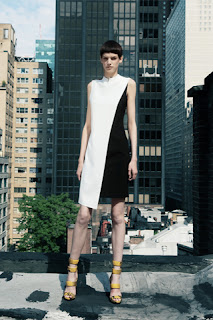 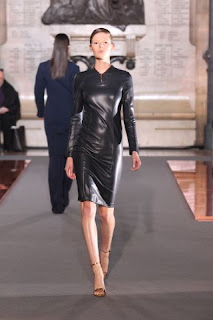 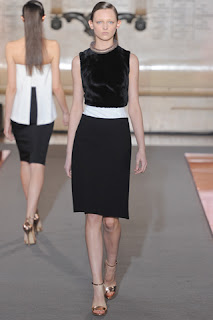 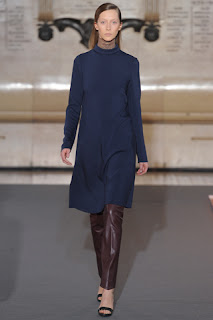 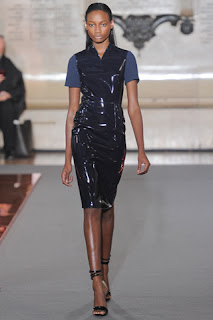 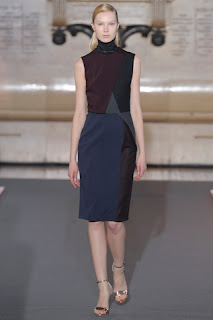 Cedric says he loves the movement of the line in the clothes.  As you walk, your clothes take on another effect.  A bold stroke of creativity. 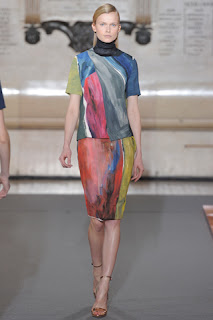 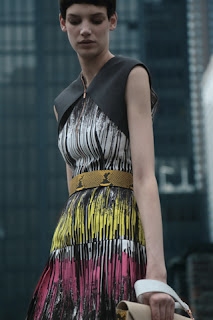 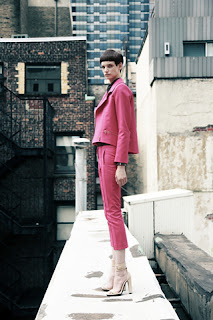 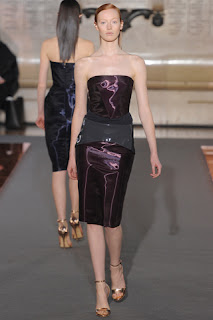 Never underestimate the ability of surprise.  Cedric was doing a lot of floral, feminine looks at Cacharel, so this was quite a departure.  Things always work out for a reason, don't they?