Showing some (brotherly) LOVE to the Brooklyn Flea~PHILLY 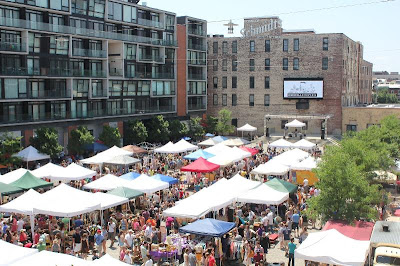 The Brooklyn Flea, since 2008 called one of New York's "great urban experiences" and best flea market in the country birthed, a younger sibling.  It's first outpost outside of Brooklyn, 100 miles south, landed at The Piazza at Schmidt's in Philadelphia, which by the way has a new owner, Jared Kushner, Ivanka's husband.  With his majority shares in the property, he was instrumental in bringing the Flea to the square in Northern Liberties.  It seems like a great match.  It has been called really hipster, but believe me, I felt very comfortable.  I have been called a lot of things but hipster is not one of them! 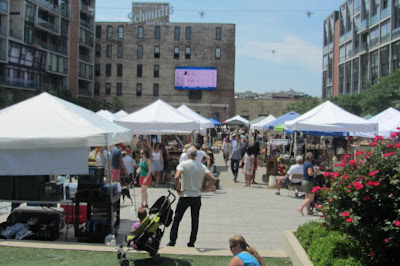 I finally got a chance to check it out.  I dragged my son along for some fun and food sampling.  A revolving cast of vendors is curated to keep interest high and merchandise varied.  There are about 75 vendors but room for 100.  It continues to grow. 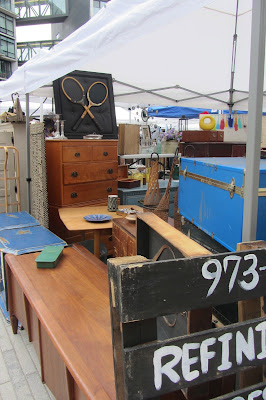 Random I know, but you've heard the saying, "One man's trash is another man's treasure." 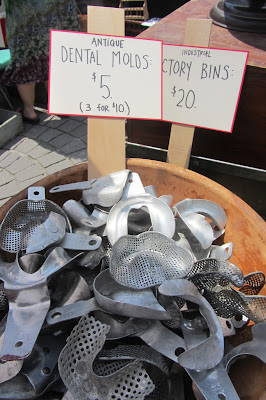 Jinxed has set up shop all year long and certainly fits right in. 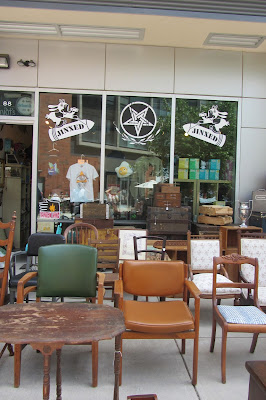 Surprisingly, there were MANY antler offerings, which turned out to be a good thing, because I needed one for my Picnic by Design basket. 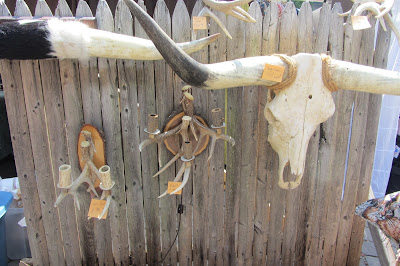 If you're into upcycling or repurposing, this place is for you.  There were a lot of pieces with great potential.  A little imagination and some spit and polish, you've got yourself a "hidden gem." 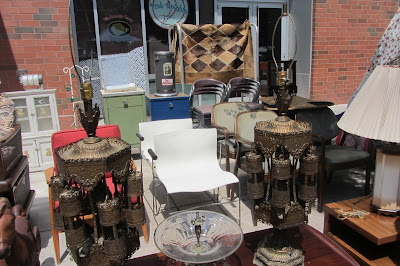 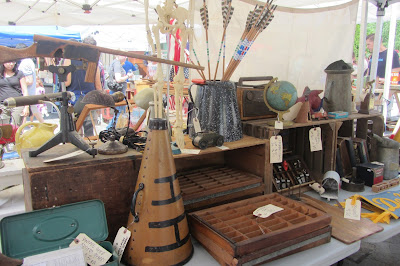 If antiques or flea market finds are not your thing ~ don't fret, they offer new or hand made merchandise as well. 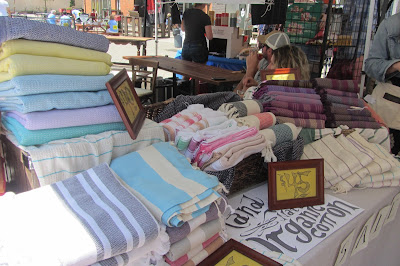 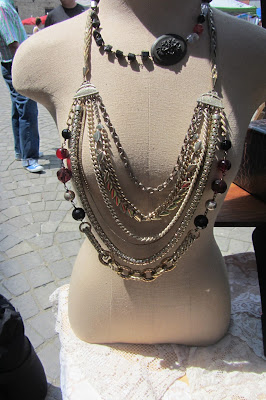 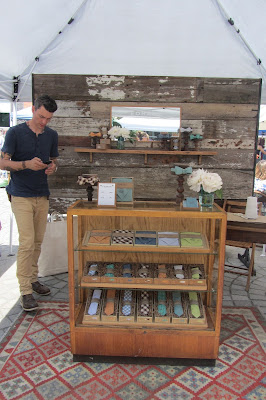 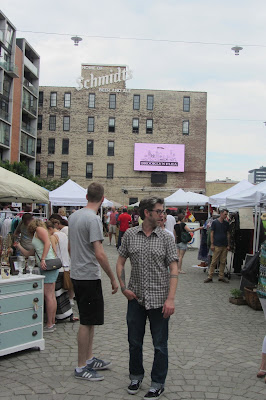 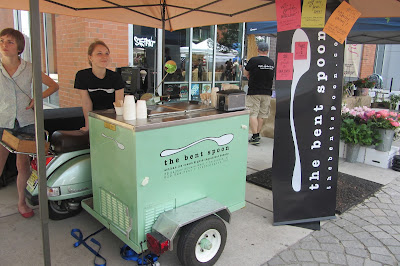 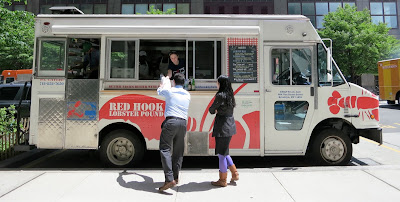 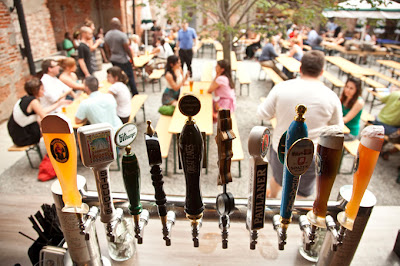 Are when you're not eating and/or drinking, you can shop to a cool soundtrack that DJs will create as the newest addition to the festivities, every Sunday thru Labor Day.  Questlove was a recent guest  DJ!

Once is not enough.  I plan on heading back in a few weeks ~ there's a lot to see and do.